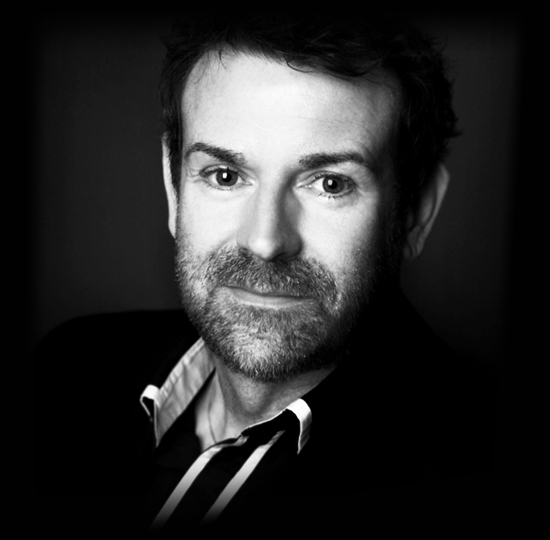 In January 2017, Kieran O’Gorman marked 25 years in business since he first opened his salon, Kieran O’Gorman Hair, Beauty & Day Spa. It has been an extraordinary journey for the stylist and businessman, who has changed the face of hair styling in Ireland’s southeast.

Kieran’s career journey commenced when he moved from his native Kilkenny to Dublin at just 16 years-of-age and started his training in one of the country’s largest salons. He completed the traditional four-year training course in just twelve months and was a trained stylist at 17.

For the next four years Kieran gained as much experience as possible in cutting and styling techniques. Then, at just 21 years of age, he returned to his native Kilkenny and opened his own salon in 1996 on Kilkenny’s medieval Butterslip Lane. The salon, originally called H Studio, was a winner from the start and one of the first salons in Ireland to achieve five-star status.

In May 2006, Kieran O’Gorman bought the adjacent building and H Studio was transformed into Kieran O’Gorman Hair Beauty and Day Spa, a one-stop-shop for hair and beauty needs. The salon was a new departure for hair salons in Ireland at the time. The 3,000sq ft haven was designed by Milan-based Salon Ambiance and saw clients travel from Dublin, the southeast and south of the country to the five-star salon located on Kilkenny’s medieval Butterslip. It raised the bar for other hair salon offerings around the country.

In addition to his busy salon work, Kieran has become one of the foremost innovators in his industry, through his extensive seminars and master classes that take him around the world. A year after establishing H Studio, Kieran joined forces with Alberto Culver and undertook seminar work around Ireland and the UK. He quickly progressed to heading up his own cutting seminars, featuring up to 1,000 attendees at a time. In 1999 Kieran was one of only four stylists in Ireland and the UK selected to form the prestigious FAME (Fellowship Academy of Merit & Excellence) team. His work as a team member took him around the UK, Europe and beyond.

Kieran has had top billing at Salon International, the world’s top hairdressing and hairstyling event based in London. A showcase for new skills and trends, the local businessman has showcased his skills in front of 4,000 attendees. Over the years, Kieran has also worked as an international ambassador with leading brands Salon International, Indola and Matrix, undertaking seminars, master classes, show work and new product launches around the world. Kieran is currently the only artistic director, for Ireland and the UK, of organic brand Keune.

Throughout his career, Kieran has been bestowed with a slew of accolades and awards.

He is a former recipient of the top award at the Irish Hairdressing Federation (IHF) Irish Hairdressing Championships. He has already been honoured with a Lifetime Achievement Award by Matrix (owned by L’Oreal) for his significant contribution to the industry that includes “sharing his talent, creativity and skills to better the industry via seminars, master classes and industry shows”.

2016 saw Kieran win a hat-trick of awards. First up, he was awarded Stylist of the Year 2016 for Ireland at the Irish Hair & Beauty Awards in Dublin. Following this, was bestowed with two accolades at the Kilkenny Business Awards, winning the Employer of the Year and Service Provider of the Year categories. Kieran O’Gorman Hair & Beauty was the only Kilkenny business to receive two awards on the night and the accolades recognised his huge business success and status as a popular employer of more than 20 staff.

Always innovating, Kieran launched a new offering at his salon two years ago, Wig Specialist. As the name suggests, Wig Specialist offers a confidential and discreet after-hours service to people suffering from hair loss with top quality wigs styled to suit the wearer by Kieran himself.

In January 2017, Kieran marked 25 years in business in January. The two-storey salon has been stylishly refurbished to mark the stylist’s quarter of a century milestone and a celebratory event will take place later in the year for staff, clients and friends.

You can find out more about which cookies we are using or switch them off in settings.

This website uses cookies so that we can provide you with the best user experience possible. Cookie information is stored in your browser and performs functions such as recognising you when you return to our website and helping our team to understand which sections of the website you find most interesting and useful.

Strictly Necessary Cookie should be enabled at all times so that we can save your preferences for cookie settings.

If you disable this cookie, we will not be able to save your preferences. This means that every time you visit this website you will need to enable or disable cookies again.

This website uses Google Analytics to collect anonymous information such as the number of visitors to the site, and the most popular pages.

Please enable Strictly Necessary Cookies first so that we can save your preferences!